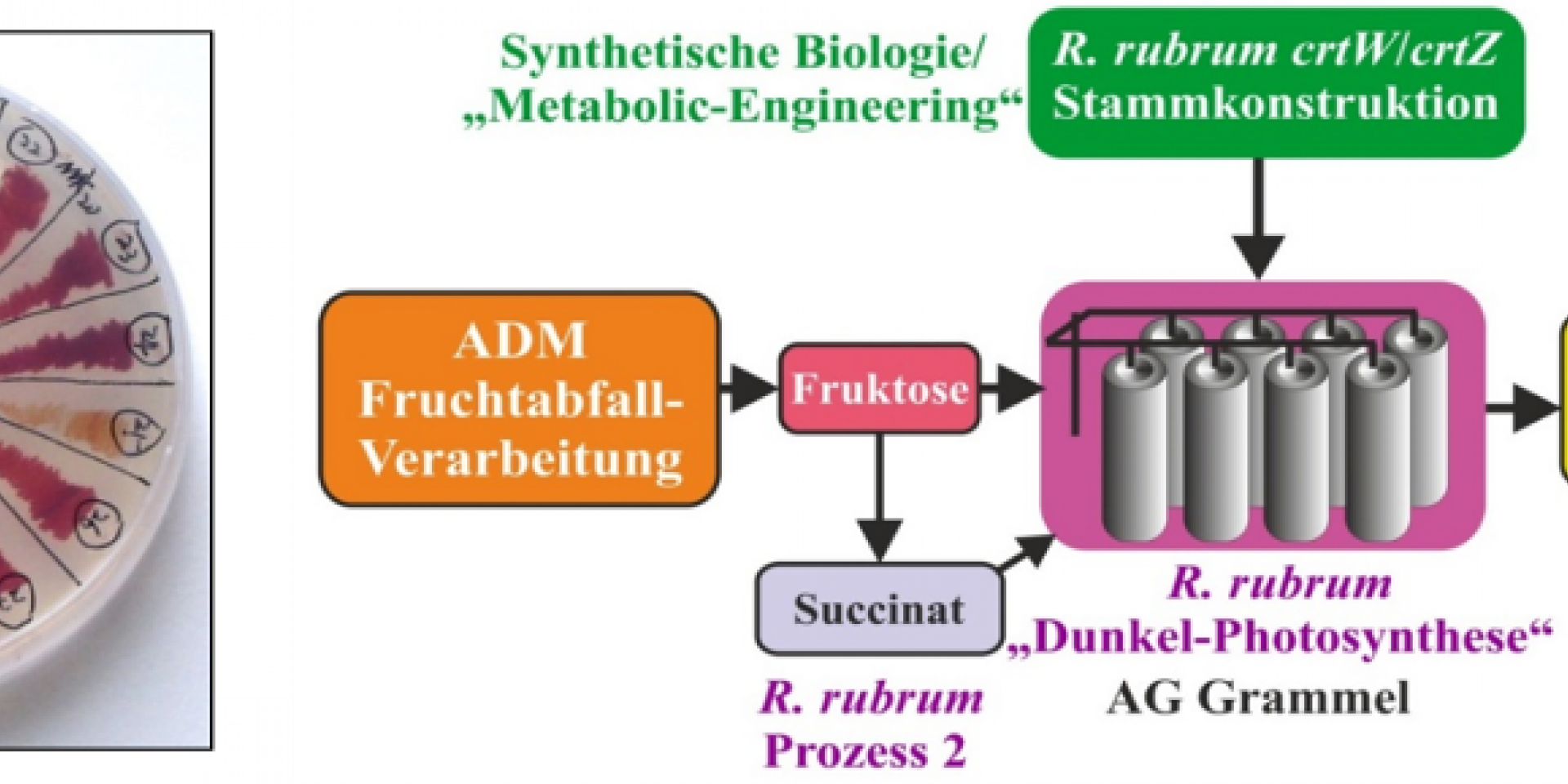 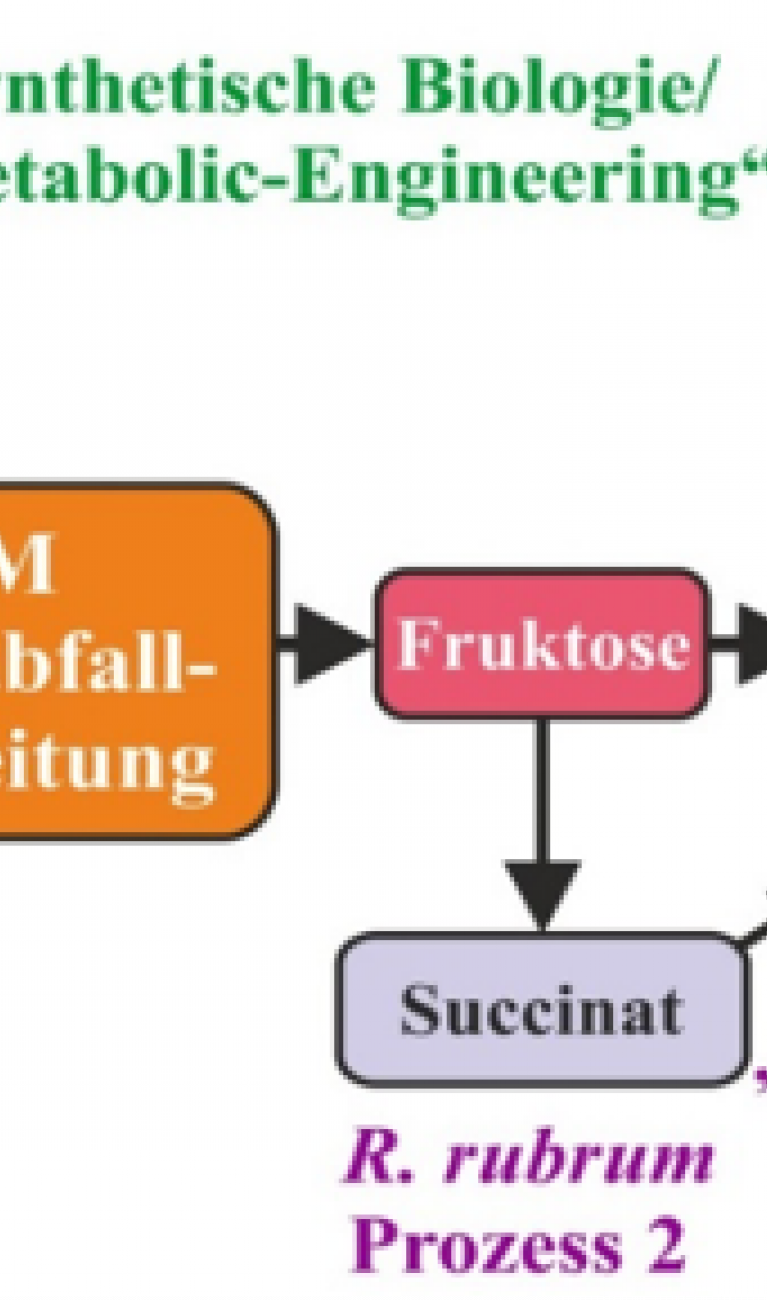 At present, most carotenoids of nutraceutical and medical interest, are either synthesized chemically, or are extracted from plant or algal sources. The R. rubrum system presents a new, cheap, and upscalable process, where the major medium component, fructose, is available from industrial fruit and maize wastes at very low cost. The fact that R. rubrum is a natural superproducer of carotenoids, as well as the fact that very high cell densities of cells containing very high levels of photosynthetic membranes under dark, semi-aerobic conditions can now be obtained, predestines its use as a carotenoid production host for pathway design.

Our working hypothesis is that potentially, many carotenoid biosynthesis enzymes can be genetically modified so as to catalyze asymmetric carotenoid biosynthesis in the R. rubrum host background. Within the RhoCrt project a R. rubrum strain (SWGK46Y) was recently produced where the physiological carotenoid spirilloxanthin, which is bound exclusively to the photosynthetic complexes, has been replaced by the non-physiological plant carotenoid b-carotene. SWGK46Y is an ideal host for the production of industrially interesting plant or marine carotenoids. In a preliminary study, the crtW and crtZ genes from Agrobacterium auranticus, which encode b-carotene ketolase and b-carotene hydroxylase, respectively, were transferred to SWGK46Y, and it could be demonstrated that the recombinant strain can produce carotenoids, including astaxanthin.